skip to main | skip to sidebar

Cinnamon and Honey
~Bet the drug companies won't like this one getting around.~
Facts on Honey and Cinnamon: It is found that a mixture of honey and cinnamon cures most diseases. Honey is produced in most of the countries of the world. Scientists of today also accept honey as a 'Ram Ban' (very effective) medicine or all kinds of diseases.

Honey can be used without any side effects for any kind of diseases.

Today's science says that even though honey is sweet, if taken in the right dosage as a medicine, it does not harm diabetic patients. Weekly World News, a magazine in Canada , in its issue dated 17 January,1995 has given the following list of diseases that can be cured by honey and cinnamon as researched by western scientists:
HEART DISEASES:
Make a paste of honey and cinnamon powder, apply on bread, instead of jelly and jam, and eat it regularly for breakfast. It reduces the cholesterol in the arteries and saves the patient from heart attack. Also those who have already had an attack, if they do this process daily, they are kept miles away from the next attack. Regular use of the above process relieves loss of breath and strengthens the heart beat.

Linda
Just a Happy, Carefree, gal from Ohio. Enjoying, and making the best of all the ups and downs that come with life! God, Family and friends are first and foremost to me. My Motto...~Put on your Big Girl Panties and deal with it!~ 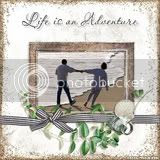 Picture taken by my Hubby


I changed my font at thecutestblogontheblock.com

LiFe iS siMpLe, BuT iT's NoT eAsY!!